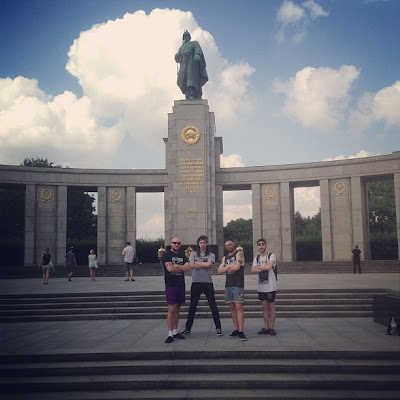 Our van broke down halfway through our tour on the motorway in Croatia the other day, about three hours from Zadar. We managed to play the show that evening after it got towed to a garage in a town called Karlovac, and we found that there was a coach going to Zadar that evening. After arriving at about 10.30, getting picked up from the coach station and borrowing literally everything from the other bands, we played on a basketball court right by the sea. The van wasn't properly fixed in Croatia though when we got back the following afternoon and despite managing to drive it to Ljubljana (instead of Bosnia, where we were supposed to have the next show) that evening it still wasn't ok to drive any further. We got it towed to another garage, but they were unable to fix it at all, meaning we had to leave it there earlier today taken elsewhere to be fixed and eventually returned to the UK.

We have spent most of today looking into trying to hire a van, but our breakdown insurance won't cover nearly enough of the costs to make that a possibility given the short notice, where we are and the fact that the van will need to be returned from the UK, which means we have to fly home tomorrow afternoon and cancel the rest of the tour.

We are really sorry to anyone who helped us book the dates on our tour that we have to cancel/have cancelled already or anyone that was planning to come and see us. I think most/some of the shows might still go ahead, so please go and make them worthwhile for the people involved!  Thanks to anyone who tried to help us out of this shitty situation in any way and everyone we've spoken to over the last few days, and also to everyone that made the first week of the tour great.

I'll put our remaining tour tapes and t-shirts online whenever I get home.    Hopefully we can come back and do things properly as soon as possible. 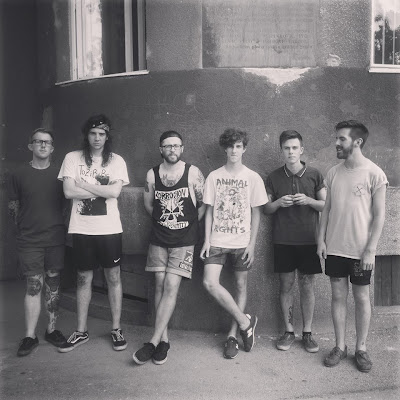