We recently made 15 prints featuring artwork designed by Wes. These were hand screened by me and Mikee at Vinosangre onto recycled A3 card. They are also hand numbered and signed by Wes. 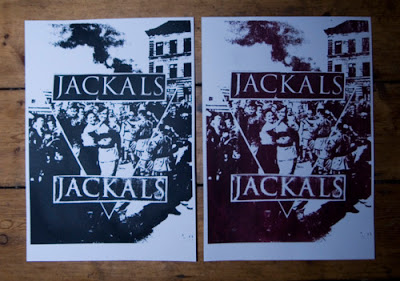 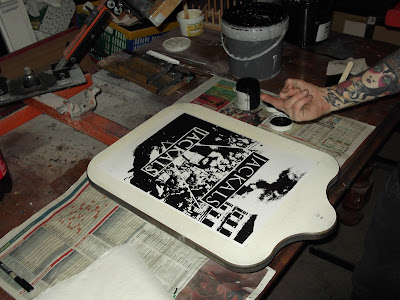 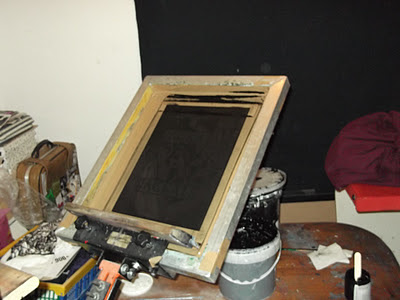 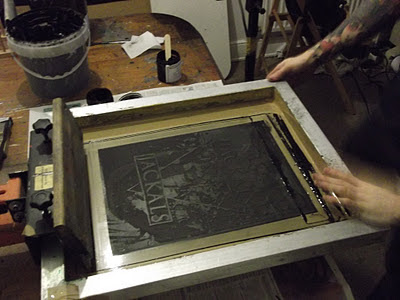 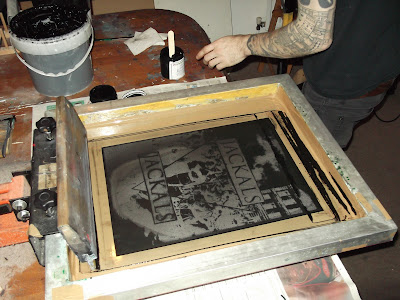 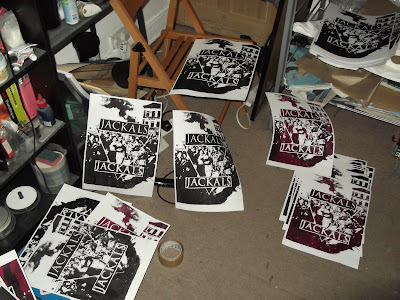 You can purchase these at our future shows or from our shop
Posted by Jack at 20:00 No comments: 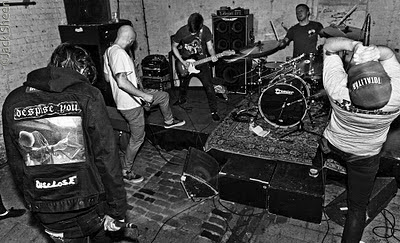 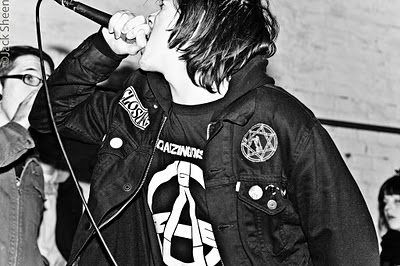 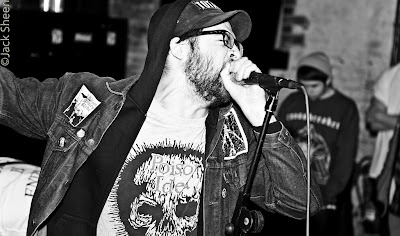 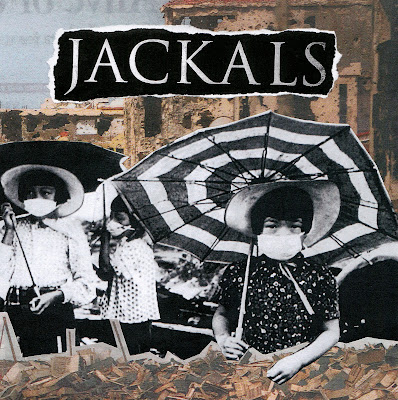 Orders are now up in most places for our newest record, a split with Grazes.
500 copies, 200 on clear purple and 300 on clear green.
Records will be sent out hopefully in the middle of January.

This is self released alongside Grazes with help Dog Knights Records, Moshtache Records, Holy Roar, Enjoyment Records and Struggletown Records. You can get them from any of those labels or from our shop.

The songs on this record are the last few from the recording that we did at the start of this year.


I Want to Join a Suicide Cult by wearejackals


This song is written about the Church of Euthanasia, a political organisation/cult from the USA. The song essentially paraphrases some of the arguments they make.  Whilst the issues dealt with are important and the Church is interesting in itself- particularly the Dadaist way in which they engage with the issue of overpopulation, this song should not be taken as an endorsement of the Church or the arguments they make. The crux of the song is based on the slogan ‘Save the Planet, Kill Yourself’ which is a deliberately facetious attempt at drawing attention to overpopulation. The title itself comes from the Jerry Springer episode on which the Church of Euthanisa appeared in 1997.
Posted by Jack at 18:48 No comments:

Don't think 'infamous' is the right word, but other than that the article outlines why the 1 in 12 in Bradford is in need of your help. If you aren't aware of why the club is important in terms of the bands it has hosted, but also in general terms you should acquaint yourself with it's history. Obviously not everyone is in a position to help the club either in terms of finance or manpower, but spreading this link might help notify people who are. Additionally, the money from any orders we receive between now and this Friday from our bigcartel will be donated to the club.

We'll have a new release for sale on Friday as well, it's currently being pressed.
Posted by Jack at 10:40 No comments: