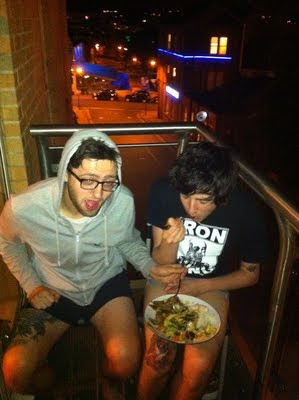 I just got round to putting up a track from our split with No Coast, which you can pre-order from Dog Knights
Posted by Jack at 13:33 No comments:

Tour was great. We met a lot of good people and played with some cool bands. Thanks to anyone who helped us out in any way. Thanks also to Arooj for filling in pretty much flawlessly on guitar for most of the dates. We have some left over shirts which look like this... 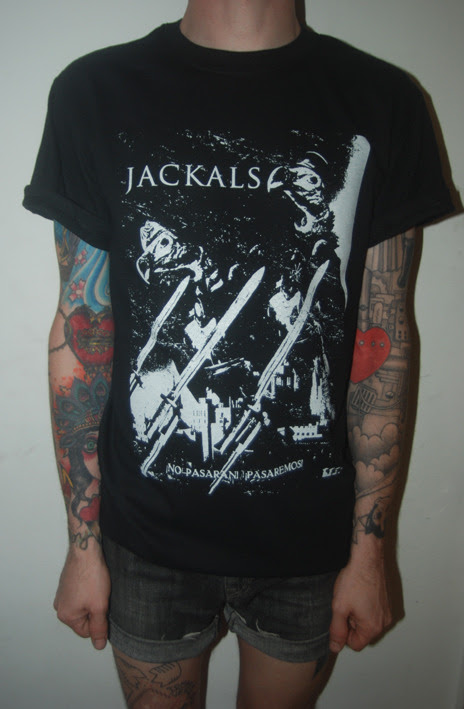 As you can see, they work well with short shorts. You can get them from http://www.whatwouldhenryrollinsdo.bigcartel.com/ alongside our split with Self Loathing, which is 'officially' out today. If you ordered a copy of the record already they should be on their way to you.

In an excellent turn of events our next release is now available to pre-order as well. It's a split with our friends in No Coast. This is being released by Dog Knights who as usual have provided various pre-order options, this time with acetate covers for any nerds that might be interested in such things. These should be ready in about a months time. Get them here... http://www.dogknightsproductions.bigcartel.com/

You can hear one of our songs from this release (all 25 seconds of it) at http://dogknightsproductions.bandcamp.com/album/dk015-no-coast-jackals-split

As for what is next, we have another split in the works and are writing some new songs which should be ready to record sooner rather than later. We have one show in August in Penzance and we are going to Europe in September.
Posted by Jack at 13:29 No comments: